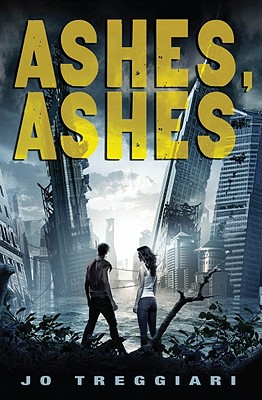 By Jo Treggiari
Please email or write store for pricing and availability information.
Hard to Find

A thrilling tale of adventure, romance, and one girl's unyielding courage through the darkest of nightmares.

Epidemics, floods, droughts--for sixteen-year-old Lucy, the end of the world came and went, taking 99% of the population with it. As the weather continues to rage out of control, and Sweepers clean the streets of plague victims, Lucy survives alone in the wilds of Central Park. But when she's rescued from a pack of hunting dogs by a mysterious boy named Aidan, she reluctantly realizes she can't continue on her own. She joins his band of survivors, yet a new danger awaits her: the Sweepers are looking for her. There's something special about Lucy, and they will stop at nothing to have her.

Jo Treggiari was born in London, England, and raised in Ottawa, Ontario. Her first attempts at writing were when she started revising classic fairy tales at age eight. Jo spent several years in San Francisco, where she trained as a boxer, wrote for punk magazines, and owned her own record label. She now lives in Nova Scotia, Canada, and still enjoys shadowboxing when she isn't working at her local bookstore.