An Inheritance Of Ashes (Paperback) 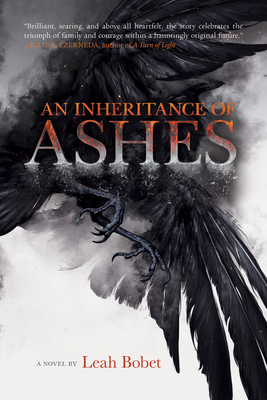 An Inheritance Of Ashes (Paperback)

The strange war down south—with its rumors of gods and monsters—is over. And while sixteen-year-old Hallie and her sister wait to see who will return from the distant battlefield, they struggle to maintain their family farm.   When Hallie hires a veteran to help them, the war comes home in ways no one could have imagined, and soon Hallie is taking dangerous risks—and keeping desperate secrets. But even as she slowly learns more about the war and the men who fought it, ugly truths about Hallie’s own family are emerging. And while monsters and armies are converging on the small farm, the greatest threat to her home may be Hallie herself.
Leah Bobet is a bookseller, publisher, and editor as well as a Pushcart-Prize nominated author. She lives in Toronto. www.leahbobet.com
"An exciting adventure teeming with eloquent language, distinct characters, and wicked monsters that will appeal to teen fans of fantasy." —VOYA   "War, community, long-festering anger, and forgiveness—all thoughtfully and deliberately conveyed." —Kirkus   * "Bobet is an accomplished stylist...and she insightfully examines the corrosive dangers of sibling rivalry in a story filled with impossible choices and unknowable ambiguities." —Publishers Weekly, starred review   “A compelling interrogation of faith versus science . . . readers with an interest in either will find this to be an elevation from the run-of-the-mill dystopia.”  —Bulletin