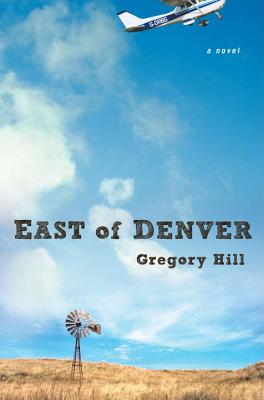 Out of Print
Mixing pathos and humor in equal measure, East of Denver is an unflinching novel of rural America, a poignant, darkly funny tale about a father and son finding their way together as their home and livelihood inexorably disappears.
When Stacey Shakespeare Williams arrives at his family's farm in eastern Colorado to bury a dead cat, he finds his widowed and senile father, Emmett living in squalor. He has no money, the land is fallow, and a local banker has cheated his father out of the majority of the farm equipment and his beloved Cessna.
With no job and no prospects, Shakespeare suddenly finds himself caretaker to both his dad and the farm, and drawn into an unlikely clique of old high school classmates: Vaughn Atkins, a paraplegic confined to his mother's basement; Carissa McPhail, an overweight bank teller who pitches for the local softball team; and longtime bully D. J. Beckman, who now deals drugs throughout small-town Dorsey. Facing the loss of the farm, Shakespeare hatches a half-serious plot with his father and his fellow gang of misfits to rob the very bank that has stolen their future.

East of Denver is a remarkably assured, sharply observed, and utterly memorable debut.
Gregory Hill lives in Denver, where he works at the University of Denver library and plays in the Babysitters, a rock-and-roll power trio that includes his wife on drums.

“This is writing on a par with that of top-flight black-comic novelists like Sam Lipsyte and Jess Walter, and it deserves to be read.”
—Lev Grossman, bestselling author of The Magicians

"A fine first novel from a writer with a great sense of character."
—Booklist