The Man in the Red Coat (Hardcover) 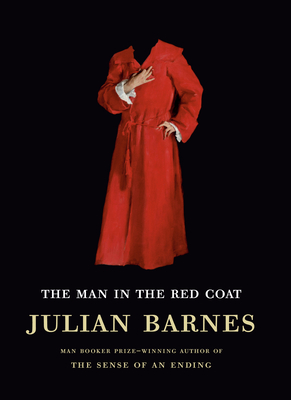 The Man in the Red Coat (Hardcover)


Available to Order - Usually Arrives in Our Store in 4 to 7 Days
From the Man Booker Prize-winning author of The Sense of an Ending—a rich, witty, revelatory tour of Belle Époque Paris, via the remarkable life story of the pioneering surgeon, Samuel Pozzi.

In the summer of 1885, three Frenchmen arrived in London for a few days' intellectual shopping: a prince, a count, and a commoner with an Italian name. In time, each of these men would achieve a certain level of renown, but who were they then and what was the significance of their sojourn to England? Answering these questions, Julian Barnes unfurls the stories of their lives which play out against the backdrop of the Belle Époque in Paris. Our guide through this world is Samuel Pozzi, the society doctor, free-thinker and man of science with a famously complicated private life who was the subject of one of John Singer Sargent's greatest portraits. In this vivid tapestry of people (Henry James, Sarah Bernhardt, Oscar Wilde, Proust, James Whistler, among many others), place, and time, we see not merely an epoch of glamour and pleasure, but, surprisingly, one of violence, prejudice, and nativism—with more parallels to our own age than we might imagine. The Man in the Red Coat is, at once, a fresh portrait of the Belle Époque; an illuminating look at the longstanding exchange of ideas between Britain and France; and a life of a man who lived passionately in the moment but whose ideas and achievements were far ahead of his time.
JULIAN BARNES is the author of twenty-three previous books, for which he has received the Man Booker Prize, the Somerset Maugham Award, the Geoffrey Faber Memorial Prize, the David Cohen Prize for Literature, and the E. M. Forster Award from the American Academy of Arts and Letters; the French Prix Médicis and Prix Femina; the Austrian State Prize for European Literature. In 2004 he was named Commandeur de l'Ordre des Arts et des Lettres by the French Ministry of Culture. His work has been translated into more than forty languages. He lives in London.

“A pleasure to read in every way. Barnes writes with elegance and wit, probes motives with a novelist’s imagination but also a historian’s skepticism, plucking memorable formulations—enhanced by his own deft translation—from letters, journals and newspaper squibs . . . Barnes succeeds brilliantly.” —The New York Times Book Review

“[An] immersive plunge into the incredible flowering of sexual and artistic expression in Belle Epoque France . . . A wonderful demonstration [of] free-range intellectual curiosity . . . In part a biography of Samuel Jean Pozzi, a celebrated French gynecologist and Don Juan who is the red-robed subject of John Singer Sargent’s sumptuous full-length portrait, ‘Dr. Pozzi at Home,’ Barnes’ book expands into an erudite, entertaining, and beautifully illustrated disquisition on the period between 1870 and 1914, which actually bears some interesting parallels with our own times . . . [A] delightful, consummately open-minded book.” —NPR.org

“Not a pure biography or history, but an ever-widening gyre of the scandals, art, theory and fashions of the time . . . This new book—so contentedly diffuse — pulls into sharp focus.” —Parul Sehgal, The New York Times

“Arguably the most versatile writer alive . . . [Barnes] has penned yet another truly innovative book that is like no other he has written before . . . [He] allows the concepts and fashions of the era to be defined by the written records of what people had said about them, presenting readers with the opportunities to observe through direct account, as though we are observing archival materials firsthand . . . Barnes’s writing, once again, is clear, erudite, and deeply insightful. [His] wit, intellect, and pleasant irony incite a lasting thrill in us.” —Los Angeles Review of Books