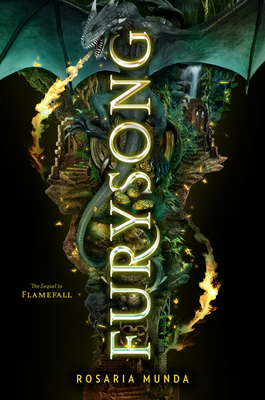 This is book number 3 in the THE AURELIAN CYCLE series.

In this explosive conclusion to the epic trilogy that began with Fireborne, Annie and Lee are fighting for their lives—and for each other—as invading dragonfire threatens to burn their home to the ground.

A new revolution is underway, and nobody will emerge unscathed.

In New Pythos, Griff is facing an execution by the dragonborn, who are furious at his betrayal. He has allies on both sides seeking to defy his fate, but the price of his freedom might come at a dear cost. And Delo will have to make a choice: follow his family, or finally surrender to his conscience.

Meanwhile, Annie must race home to hatch a plan to save her Guardians and their dragons. With Callipolis on the brink of collapse and the triarchy set to be reinstated, she may be the one person who can save the city—if she can overcome her own doubts about her future.

Lee is a revolutionary at heart, but now he’ll have to find a way to fight with diplomacy. Going up against the dragonborn court and a foreign princess, he faces a test of loyalty that sets his head against his heart.

As the fate of Callipolis darkens, Annie and Lee must determine what they are willing to sacrifice in order to save each other, defeat their enemies, and reclaim their home.
Rosaria Munda grew up in rural North Carolina, studied political theory at Princeton, and lives with her husband in Chicago. She is the author of The Aurelian Cycle, a young adult trilogy that begins with Fireborne.


★ "Munda establishes herself as a master storyteller with this stunning finale to her Aurelian Cycle. With heart-wrenching deaths, heart-pounding thrills, and heartwarming relationships, this is a bold conclusion to one of fantasy’s best series." —Booklist, starred review