Trade Unionism in Australia: A History from Flood to Ebb Tide (Hardcover) 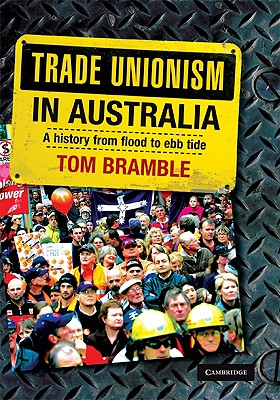 Trade Unionism in Australia: A History from Flood to Ebb Tide (Hardcover)


Available to Order - Usually Arrives in Our Store in 4 to 7 Days
In the late 1960s Australian unionism was on the flood tide: growing in strength, industrially confident and capable of shaping the overall political climate of the nation. Forty years on, union membership and power is ebbing away despite community support for trade unionism and the continuing need for strong unions. Even the unprecedented mobilisation against WorkChoices, which defeated a government and lost the prime minister his own seat, has done little to turn the tide. With compelling rigour, Tom Bramble explores the changing fortunes of what was once an entrenched institution. Trade Unionism in Australia charts the impact on unions of waves of economic restructuring, a succession of hostile governments and a wholesale shift in employer attitudes, as well as the failure of the unions' own efforts to boost membership and consolidate power. Indeed, Bramble demonstrates how the tactics employed by unions since the early 1980s may have paradoxically contributed to their decline.