Climate Change and the Course of Global History: A Rough Journey (Studies in Environment and History) (Paperback) 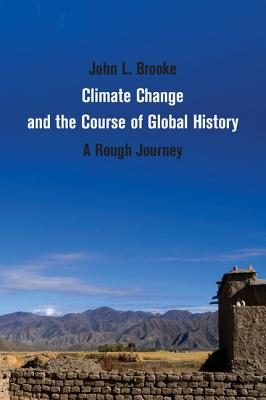 Climate Change and the Course of Global History: A Rough Journey (Studies in Environment and History) (Paperback)


Available to Order - Usually Arrives in Our Store in 4 to 7 Days
Climate Change and the Course of Global History presents the first global study by a historian to fully integrate the earth-system approach of the new climate science with the material history of humanity. Part I argues that geological, environmental, and climatic history explain the pattern and pace of biological and human evolution. Part II explores the environmental circumstances of the rise of agriculture and the state in the Early and Mid-Holocene, and presents an analysis of human health from the Paleolithic through the rise of the state. Part III introduces the problem of economic growth and examines the human condition in the Late Holocene from the Bronze Age through the Black Death. Part IV explores the move to modernity, stressing the emerging role of human economic and energy systems as earth-system agents in the Anthropocene. Supported by climatic, demographic, and economic data, this provides a pathbreaking model for historians of the environment, the world, and science.