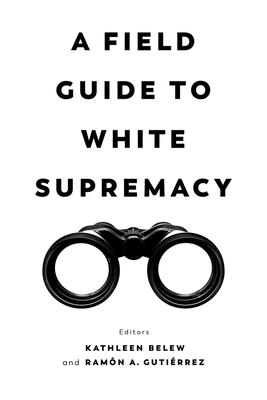 Drawing explicit lines, across time and a broad spectrum of violent acts, to provide the definitive field guide for understanding and opposing white supremacy in America

Hate, racial violence, exclusion, and racist laws receive breathless media coverage, but such attention focuses on distinct events that gain our attention for twenty-four hours. The events are presented as episodic one-offs, unfortunate but uncanny exceptions perpetrated by lone wolves, extremists, or individuals suffering from mental illness—and then the news cycle moves on. If we turn to scholars and historians for background and answers, we often find their knowledge siloed in distinct academic subfields, rarely connecting current events with legal histories, nativist insurgencies, or centuries of misogynist, anti-Black, anti-Latino, anti-Asian, and xenophobic violence. But recent hateful actions are deeply connected to the past—joined not only by common perpetrators, but by the vast complex of systems, histories, ideologies, and personal beliefs that comprise white supremacy in the United States.

Gathering together a cohort of researchers and writers, A Field Guide to White Supremacy provides much-needed connections between violence present and past. This book illuminates the career of white supremacist and patriarchal violence in the United States, ranging across time and impacted groups in order to provide a working volume for those who wish to recognize, understand, name, and oppose that violence. The Field Guide is meant as an urgent resource for journalists, activists, policymakers, and citizens, illuminating common threads in white supremacist actions at every scale, from hate crimes and mass attacks to policy and law. Covering immigration, antisemitism, gendered violence, lynching, and organized domestic terrorism, the authors reveal white supremacy as a motivating force in manifold parts of American life. The book also offers a sampling of some of the most recent scholarship in this area in order to spark broader conversations between journalists and their readers, teachers and their students, and activists and their communities.

A Field Guide to White Supremacy will be an indispensable resource in paving the way for politics of alliance in resistance and renewal.

Kathleen Belew is a historian of the present and leading expert on the white power movement, vigilante violence, and political extremism. Her first book, Bring the War Home, has been discussed on Fresh Air, Newshour, Frontline, and in the New York Times.

Ramón A. Gutiérrez has written extensively on the history of race, gender, and sexuality in Latin American and among Latina/os in the US, offering courses on these topics at the University of Chicago.

"Belew and Gutiérrez have compiled a superstar group of writers, commentators, and scholars who make sense of these vicious times of sophisticated hate. Collectively, they make the case that white supremacy—not ‘democracy’ or  ‘freedom,’ as some like to think—is the most dominant idea (or ideology) in the history of the United States."

"An important and timely collection in a moment of political and social polarization."

"This edited volume gives a clear and nuanced view of the different manifestations of white supremacy in the US. While modestly referred to as a manual by the editors, the volume shows the endurance of white supremacy in the past and the present, its embedment in its democratic institutions in the US, and ongoing manifestations."
— Ethnic & Racial Studies