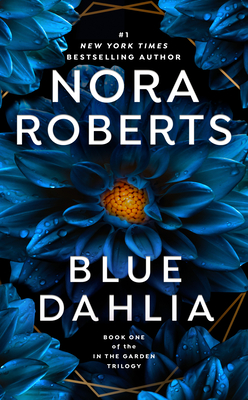 
Available to Order - Usually Arrives in Our Store in 4 to 7 Days
Against the backdrop of a house steeped in history and a thriving new gardening business, three women unearth the memories of the past in the first novel in #1 New York Times bestselling author Nora Roberts' In the Garden Trilogy.

A Harper has always lived at Harper House, the centuries-old mansion just outside of Memphis. And for as long as anyone alive remembers, the ghostly Harper Bride has walked the halls, singing lullabies at night…

Trying to escape the ghosts of the past, young widow Stella Rothchild, along with her two energetic little boys, has moved back to her roots in southern Tennessee. She isn’t intimidated by Harper House—nor by its mistress. Despite a reputation for being difficult, Roz Harper has been nothing but kind to Stella, offering her a comfortable place to live and a challenging new job as manager of the flourishing In the Garden nursery.

As Stella settles comfortably into her new life, she finds a nurturing friendship with Roz and expectant mother Hayley and a fierce attraction to ruggedly handsome landscaper Logan Kitridge. He’s difficult but honest, brash but considerate—and undeniably sexy. And for a sensible woman like Stella, he may be just what she needs…


Don’t miss the other books in the In the Garden Trilogy
Black Rose
Red Lily
Nora Roberts is the #1 New York Times bestselling author of more than 200 novels. She is also the author of the bestselling In Death series written under the pen name J. D. Robb. There are more than 500 million copies of her books in print.
“America’s favorite writer.”—The New Yorker

“Roberts, the queen of romance, launches a new trilogy with a captivating tale in which her considerable talents at creating richly compelling characters and witty, spellbinding stories come into full bloom in a paranormal-tinged romance.”—Booklist