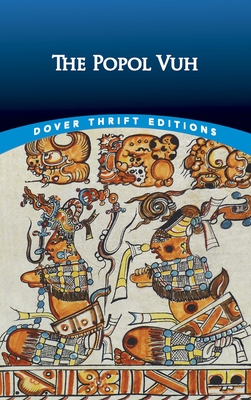 
On Our Shelves Now
Transcribed from the original Mayan hieroglyphs, the Popol Vuh relates the mythology and history of the Kich people of the Guatemalan Highlands of Central America. As is often the case with ancient texts, the Popol Vuh's significance lies in the scarcity of early accounts of Mesoamerican cultures, largely due to the purging of documents by the Spanish conquistadors. Today there remains no document of greater importance to the study of pre-Columbian mythology.
This text of the Popol Vuh -- which is translated variously as "Book of the Community," "Book of Counsel," or, more literally, "Book of the People" -- begins as pure mythology and gradually develops into pure history, progressing from heroic legends to the deeds of authentic historical figures. It tells of the gods who created mankind, as well as a great flood and other stories with intriguing parallels to the myths of different cultures. This edition features the classic translation by the distinguished folklorist Lewis Spence.