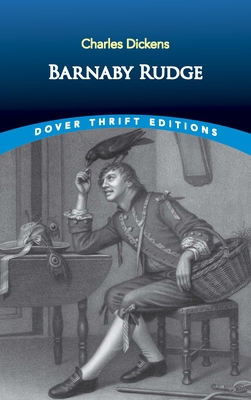 
On Our Shelves Now
Unjustly neglected but amply rewarding, this historical drama recaptures the turmoil of the Gordon Riots of 1780. Barnaby Rudge combines elements of an unsolved murder and a forbidden romance to draw its characters into the rebellion, during which an anti-Catholic mob ruled London. The tale of treachery and heroism in the days of terror forms a moving indictment of intolerance, religious bigotry, and fanatical nationalism.
After a childhood blighted by poverty, commercial success came early to Charles Dickens (1812-70). By the age of 24, he was an international sensation whose new novels were eagerly anticipated. Two centuries later, Dickens' popularity endures as readers revel in the warm humanity and humor of his tales of self-discovery.