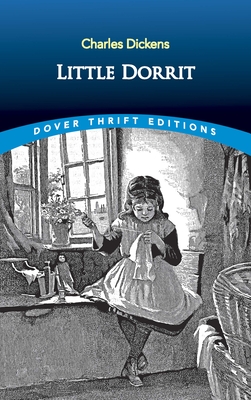 
On Our Shelves Now
A sweet-natured seamstress has lived all her life in the Marshalsea debtors' prison, where her family has been in custody since before her birth. When Little Dorrit ventures out of jail to work, she meets Arthur Clennam, who's trying to free himself from the burden of his family business. The state of captivity -- as an experience, metaphor, and theme -- is the focus of Little Dorrit. Charles Dickens drew upon childhood memories of his father's confinement to tell this story of people imprisoned by poverty, ignorance, and the lure of money and power.
Acclaimed by George Bernard Shaw as Dickens' masterpiece among many masterpieces, the novel presents a radical indictment of the arrogance and parasitism of genteel society. Its satire of corrupt bureaucracies, embodied by the Circumlocution Office and its policy of How not to do it, remains as relevant to our time as it was the Victorians'. Blending tragedy, comedy, and mystery, the tale abounds in Dickens' exuberant language and deft characterizations.
After a childhood blighted by poverty, commercial success came early to Charles Dickens (1812-70). By the age of 24, he was an international sensation whose new novels were eagerly anticipated. Two centuries later, Dickens' popularity endures as readers revel in the warm humanity and humor of his tales of self-discovery.