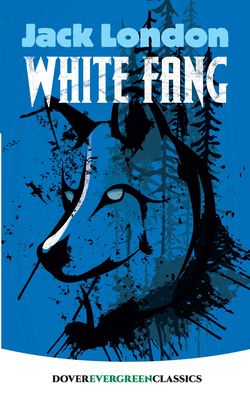 
Available to Order - Usually Arrives in Our Store in 4 to 7 Days
When this novel was first published in 1906, Jack London was well on his way to becoming one of the most popular writers in the world. A spellbinding tale of life in the northern wilds, White Fang ranks among the author's finest achievements. London reveals the savage realities of the battle for survival among all species in a harsh, unyielding environment. Part wolf, part dog, White Fang is a ferocious and magnificent creature whose experiences reflect the essential rhythms and patterns of life in both humanity and the animal kingdom.
Above all, this story offers keen observations on the extraordinary workings of one of nature's greatest gifts: the power to adapt. With his focus on this wondrous process, London created an adventure classic that's as fresh and appealing today as it was a century ago.
Novelist, journalist, and social activist Jack London (1876-1916) rose from abject poverty to international fame. The bestselling, highest-paid, and most popular author of his era, London created a substantial body of work in his short life, drawing upon his experiences as a cannery worker, sailor, railroad hobo, and prospector.