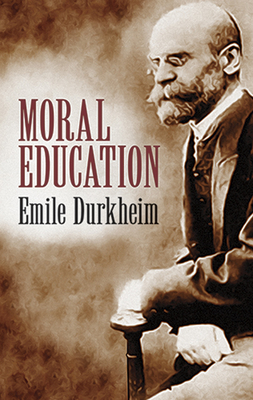 
Available to Order - Usually Arrives in Our Store in 4 to 7 Days
The great French sociologist and philosopher Emile Durkheim is best known for his classic book Suicide (1897), a landmark in social psychology. Among his other major works is this study in the sociology of education, which features 18 lectures by an influential theorist who discusses his ideas on the school as the appropriate setting for moral education. The first element in developing a moral being, he maintains, is instilling a sense of discipline, followed by a willingness to behave in terms of the group's collective interest, and a sense of autonomy. Durkheim also examines discipline and the psychology of the child, discipline of the school and the use of punishment, altruism in the child, the influence of the school environment, and the teaching of science, aesthetics, and history. Perceptive and provocative, this volume abounds in valuable insights for teachers and others involved in education.