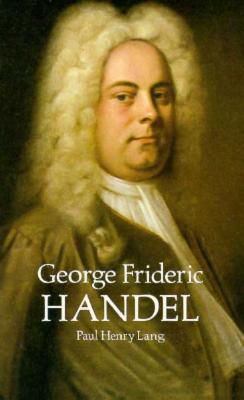 By Paul Henry Lang
$19.95
Warehouse Out of Stock - Available to Backorder

"I was so impressed by what Dr. Lang has done in his new and very fresh approach to Handel, his life and works, that I can find only one word to express my feeling about it: Monumental " -- Eugene Ormandy.
Universally known and admired for his great oratorio Messiah, George Frideric Handel (1695-1759) ranks among the greatest composers of all time. Over a career of more than 50 years, most of it spent in England, the German-born master composed numerous other oratorios, operas, concertos, chamber music, orchestral suites, cantatas, and more. But until now, far less has been known about the man "possessed of a central calm" but whose "driving force was incalculable."
In this immensely thorough and readable biography -- considered by many scholars the definitive work on Handel -- renowned musicologist Paul Henry Lang penetrates the mystery of Handel's life to paint a vivid portrait of the great composer, while offering expert analysis of Handel's music -- its sources, nature, forms, and influence.
Detailed, meticulously researched discussions cover Handel's birth and childhood in Halle; his early musical training and years at university; sojourns in Italy and meetings with Corelli, Scarlatti, and other major composers; Handel's adoption of England as his home; his business dealings in London; his somewhat puzzling relations with women; the onset of blindness in 1751 and the end of his artistic career; his death in 1759 and burial in Westminster Abbey; and many other aspects of his long and complex life.
In addition to the breadth of biographical material, Dr. Lang offers detailed discussions of Handel's music, of both its general characteristics and the specific features of such masterworks as the oratorios Messiah, Israel in Egypt, Solomon and Judas Maccabaeus; the operas Giulio Cesare and Rinaldo; the orchestral suites Royal Fireworks Music and Water Music;the pastoral Acis and Galatea; the odes Alexander's Feast and Ode for St. Cecilia's Day; and many other compositions. Perceptive, extremely thorough and obviously a labor of love, this masterly biography belongs in the library of every musician, music lover, and student of music and music history.