The Luck of Roaring Camp and Other Short Stories (Paperback) 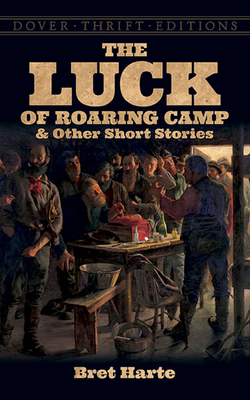 The Luck of Roaring Camp and Other Short Stories (Paperback)


Title unavailable, please email for information.
In 1870, the young San Francisco-based writer and editor Bret Harte (1836-1902) first compiled a single-volume edition of his rousing stories of life in the Wild West. Entitled The Luck of Roaring Camp, and Other Sketches, the book propelled him almost overnight from local celebrity to American literary lion. Four of the most famous of those tales are included in this collection: the title story, The Outcasts of Poker Flat, Tennessee's Partner, and M'liss.
Additional selections include A Prot g e of Jack Hamlin and An Ing nue of the Sierras, both written later in Harte's life and featuring lively casts of colorful characters in settings ranging from a stagecoach to a Sacramento River steamer. They display the author's enthralling storytelling style at full strength ― crisply observant, rich in ironic humor, and offering an engaging mix of sentiment and wit. Harte's style exercised a deep influence on the American short story genre and set a future course for writers of Western fiction, including Owen Wister and Zane Grey.

American journalist and author Bret Harte (1836-1902) is best known for his short stories, particularly those set during the days of the California Gold Rush.