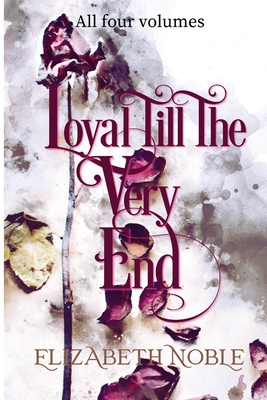 Guy Lawrence's mother, Lady Caroline, had married twice. He was the only child by her first marriage; his brother, Bertie Deverell, the only child by her second. The first was a marriage of convenience with a man many years older than herself, who had worshipped his young wife, and died saddened and half broken-hearted by her coldness and indifference. The second was a marriage of love, with a young handsome cousin who had been known to her long years before.

When she was preparing to leave this world, she was very worried about leaving Bertie behind- Bertie, who was more to her than life or lands. Her infatuation seemed almost excusable, for Bertie Deverell was a handsome boy, with the winning manners and bright though unstable nature of his father.

On her deathbed, to comfort his mother, Guy promised to take care of Bertie, keep him from evil and danger, and if needed, give his life for that purpose.

Guy Lawrence was a man whom other men called cold and hard. He was a man beloved and sought after by women.

Things get complicated when both, Guy and Bertie, fall in love with the same woman, Kitty Lorton.

"I want to be an actress. I want to win for myself a position to which I have now no claim. I would conquer with my talent and my beauty, so that I should not need to blush for my low origin; so that men should admire, and women should envy me."

Celia Ragoni went against all the world to be the person she wanted to be. Everyone around her, including Guy and Bertie, was infatuated with her beauty. Rumours spread that the latter wants to marry her.

Bertie, though trying to appear indifferent, was impatient at the marked neglect Estelle had shown him, and was beginning jealously to fancy that any preference she did accord was to Guy. It hurt his amour propre to think that, spite of all his homage, spite of all the claim he felt he had upon her love, he was so easily distanced by his brother, a comparative stranger to her, as he thought.

When Bertie puts himself into reckless situations, Guy felt that could he have given his life to secure his brother's safety, he would have yielded it up without a regret- ay, with a feeling of relief. This time, Guy believed that he should save Bertie from his love for Celia.

Was Guy Laurence happy about his life after dedicating it to his brother?