The Early Years of a Dutch Colonial Mission: The Karo Field (Hardcover) 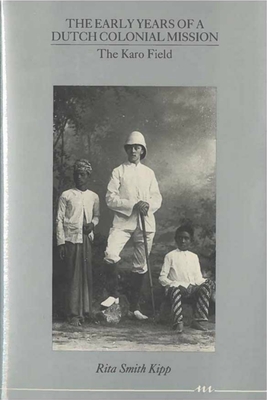 The Early Years of a Dutch Colonial Mission: The Karo Field (Hardcover)

Out of Print
This fascinating story of a Dutch Reformed mission among the Karo of North Sumatra chronicles the field’s first fifteen years – 1889–1904. Plantation executives sponsored the mission, hoping to enlist the Karo as Christian allies in a colonial war against Muslim “fanatics.” But the Karo hated the plantations, and likewise distrusted and resisted the missionaries. Civil servants saw the mission as a forerunner of the government’s annexation of the Sumatran highlands, and in the military expedition to take the region, the missionaries played a prominent role. Consequently, the missionaries found their credibility diminished by their links to the despised colonial apparatus. Nonetheless, the missionaries’ motives were religious, and they struggled with the compromises that made their work possible, yet ultimately precluded its success.

Unlike other missionary studies – that focus on biography or on large regions – this historical ethnography concentrates on a single field, and on the personalities and activities of the several men who pioneered it in its formative years. It examines the missionaries’ assumptions and values, describe how the missionaries contrasted themselves with the government and capitalist business, and explores the difficulties of translating Christianity across a great cultural gulf. The Early Years of a Dutch Colonial Mission will give pause to anyone who has thought missionaries heroic, or to anyone who has thought them mislead.

"I know if few other histories that give so human a face to a colonial project, while remaining sociologically informed."
—Mary Taylor Huber, Carnegie Foundation for the Advancement of Teaching