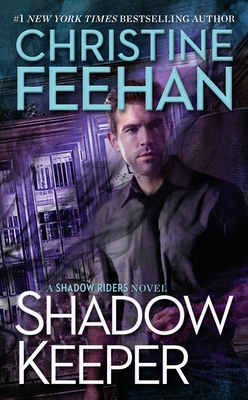 This is book number 3 in the A Shadow Riders Novel series.

One family brings its own brand of justice to the streets of Chicago's shadowy underworld as #1 New York Times bestselling author Christine Feehan returns to a series hot enough to burn...

The paparazzi can't get enough of infamous bad boy Giovanni Ferraro. But unknown to them--and the women he beds--he's just playing a role. Keeping the spotlight on himself keeps it off the family business. And if this lethal shadow rider can't hunt in the dark, he'll find his pleasure elsewhere...

Sasha Provis grew up on a Wyoming ranch and thought she knew how to protect herself from predators. But in the nightclub where she works, she's fair game--until one of the owners steps in to protect her. Giovanni is gorgeous. He's dangerous. And his every touch takes her breath away.

“I love everything she does.”—J. R. Ward

“A dark, gritty, edgy but magical contemporary that will hold you spellbound.”—Fresh Fiction

“The family that Feehan introduces to us is freakin’ AWESOME!! I loved each and every sibling.”—Addicted to Romance

“Edgy, inventive and steamy, this deliciously dark, often grim story featuring deadly and graceful characters who literally slip through the shadows is a standout for the creative Feehan and launches another well-conceived series.”—Library Journal