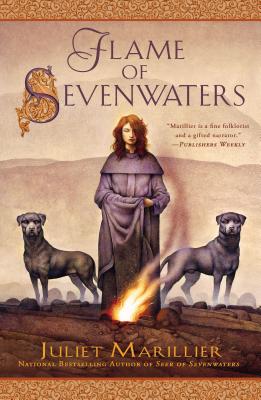 This is book number 6 in the Sevenwaters (Hardcover) series.

Bestselling author Juliet Marillier's Sevenwaters series has been praised as a -magnificent saga- (Alernative Worlds) that is a -gripping tale of enduring love- (Publishers Weekly). Now, Marillier returns to Sevenwaters with the story of a young woman destined to unlock the secrets of the Otherworld...
Maeve, daughter of Lord Sean of Sevenwaters, was badly burned as a child and carries the legacy of that fire in her crippled hands. After ten years, she's returning home, having grown into a courageous, forthright woman with a special gift for gentling difficult animals. But while her body's scars have healed, her spirit remains fragile, fearing the shadows of her past.
Sevenwaters is in turmoil. The fey prince Mac Dara has become desperate to see his only son, married to Maeve's sister, return to the Otherworld. To force Lord Sean's hand, Mac Dara has caused a party of innocent travelers on the Sevenwaters border to vanish--only to allow their murdered bodies to be found, one by one.
When Maeve finds the body of one of the missing men in a remote part of the woods, she and her brother Finbar embark on a journey that may bring about the end of Mac Dara's reign, or lead to a hideous death. If she is successful, Maeve may open the door to a future she has not dared to believe possible...
Juliet Marillier holds advanced degrees in music and languages, and has had a lifelong passion for both Celtic music and Irish folklore.

"With her graceful storytelling and her talent as a folklorist, [Marillier] crafts a love story with magical underpinnings."--Library Journal