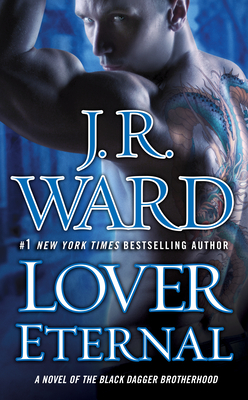 
Available to Order - Usually Arrives in Our Store in 4 to 7 Days
A warrior with inner demons falls for a woman who could save his soul in this seductive novel from the #1 New York Times bestselling Black Dagger Brotherhood series.

Within the Black Dagger Brotherhood, Rhage is the warrior vampire with the strongest appetites. He’s the deadliest fighter, the most voracious lover, the quickest to act on his impulses. He’s also been cursed with two hundred years of hell. Possessed by a beast, he lives in fear of the times when his inner dragon comes out and he’s a danger to everyone around him.

Mary Luce has unwittingly found herself in the vampire world, and under Rhage’s protection. With her own life-threatening curse to bear, she’s not looking for love. Besides, she’s stopped believing in saving grace and miracles long ago. But when Rhage’s intense sexual attraction turns into emotional bonding, he knows he must have her for his mate. As their enemies close in, Mary finds herself praying for something she fears she’ll never have: life eternal with the one she loves.
J. R. Ward is the author of more than thirty novels, including those in her #1 New York Times bestselling Black Dagger Brotherhood series. She is also the author of the Black Dagger Legacy series and the Bourbon Kings series. There are more than fifteen million copies of her novels in print worldwide, and they have been published in twenty-six different countries around the world. She lives in the South with her family.

“Ward wields a commanding voice perfect for the genre, and readers new to the world of the Black Dagger Brotherhood should hold on tight for an intriguing, adrenaline-pumping ride featuring a race of warrior vampires who fill enemies with terror and women with desire. Like any good thrill ride, the pace changes with a tender story of survival and hope and leaves readers begging for more.”—Booklist

“The concepts and consequences of friendship, loyalty and love are critical to this extremely intense and emotionally powerful tale. Ward's ongoing paranormal world is, among other things, colorful, dangerous and richly conceived. With both intricate plots and believable characters, she has penned a surefire hit.”—RT Book Reviews

More Praise for the Novels of the Black Dagger Brotherhood

“To die for. I love this series!”—New York Times bestselling author Suzanne Brockmann