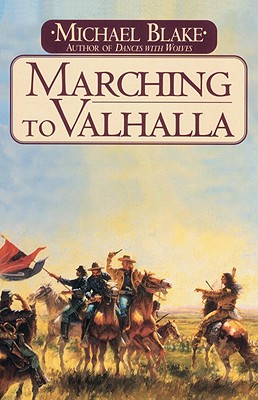 
Available to Order - Usually Arrives in Our Store in 4 to 7 Days
"A TERRIFIC YARN . . . Marching to Valhalla is written as though it were a long-lost diary of Custer's, leading up to his fatal battle. It is a very personal view."
--Denver Post

In his New York Times bestselling novel Dances with Wolves, Michael Blake created an unforgettable saga of white and Native American cultures. Now in Marching to Valhalla, Blake unfolds the story of the final months of General George Armstrong Custer, a story that illuminates the epic sweep of his entire life--his career, his passions, his legacy to the American west.

"A startling novel about the year's most popular literary subject."
--Publishers Weekly (starred review)
Michael Blake (1945–2015) was the author of Dances With Wolves, Airman Mortensen, and Marching to Valhalla. He received an Academy Award for his screen adaptation of Dances With Wolves.