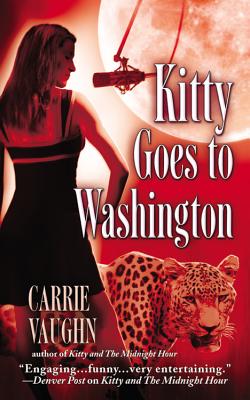 
Email or call for price. Handling fee may apply.
In this tantalizing sequel to Kitty and the Midnight Hour, celebrity werewolf and late-night radio host Kitty Norville returns to take on dirty politicians in America's capital.
Kitty Norville prefers to be heard and not seen. So when she's invited to testify at a Senate hearing on behalf of supernaturals, and her face gets plastered on national TV, she inherits a new set of friends.
She also inherits a new set of enemies, including the vampire mistress of the city; an über-hot Brazilian were-jaguar; and a Bible-thumping senator who wants to expose Kitty as a monster.
Kitty quickly learns that in this city of dirty politicians and backstabbing pundits, everyone's itching for a fight.
Carrie Vaughn had the nomadic childhood of the typical Air Force brat, with stops in California, Florida, North Dakota, Maryland, and Colorado. She holds a Masters in English Literature and collects hobbies; fencing and sewing are currently high on the list. She lives in Boulder, Colorado. Her website is www.carrievaughn.com.