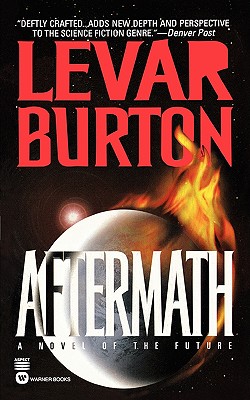 
On Our Shelves Now
The acclaimed actor’s shockingly prescient novel of speculative fiction “presents a near-future United States torn apart by civil war and deep racial strife” (Tampa Bay Times). For the first time ever, available as an audiobook read by the author.

America today is teetering on the edge of the alarming vision presented in LeVar Burton’s debut novel, written more than two decades ago . . .

In 2012, the first African American president is assassinated by a white extremist—just four days after he is elected. The horrific tragedy leads to riots, financial collapse, and ultimately, a full-on civil war. In its aftermath, millions are left homeless as famine and disease spread throughout the country.

But from Chicago, a mysterious voice cries out . . .

To Leon Crane, a former NASA scientist now struggling to survive on the streets, the pleas he hears remind him of the wife he could not save—and offer him a chance at redemption.
To Jacob Fire Cloud, a revered Lakota medicine man, the voice is a sign that the White Buffalo Woman has returned to unite all the races in peace and prosperity.
And to little Amy Ladue, the cries are those of her mother, who disappeared during the devastating St. Louis earthquake—and who must still be alive.

These three strangers will be drawn together to rescue someone they have never met, a woman who holds the key to a new future for humanity—one remarkably brimming with hope.

“I highly recommend this book!” —Whoopi Goldberg
Levardis Robert Martyn "LeVar" Burton Jr. is an actor, director, and educator who has been an icon for more than 35 years. He was the host and producer of the influential television program Reading Rainbow for more than three decades, and starred in the TV miniseries Roots and on Star Trek: The Next Generation. He lives in Sherman Oaks, California.