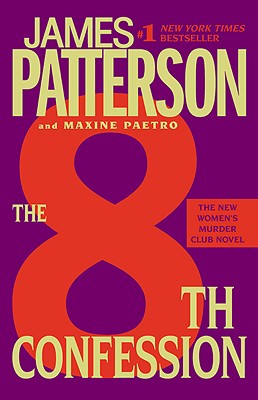 
Available to Order - Usually Arrives in Our Store in 4 to 7 Days
Join the Women's Murder Club on an exhilarating thrill ride as love and murder test their friendships like never before.
Someone is killing the richest people in the city-and the Women's Murder Club will pay a high price for hunting him. At the party of the year, San Francisco's most glamorous couple is targeted by a killer-and it's the perfect murder. While Detective Lindsay Boxer investigates the high-profile killings, a saintly street preacher is brutally executed. Reporter Cindy Thomas inquires into this neglected case and discovers the victim may have had very dark secrets.
As the search for two criminals tests the limits of the Women's Murder Club, Lindsay sees sparks fly between Cindy and Lindsay's partner, Detective Rich Conklin. The Club now faces its toughest challenge: Will love destroy all that the four friends have built?

James Patterson has had more New York Times bestsellers than any other writer, ever, according to Guinness World Records. Since his first novel won the Edgar Award in 1977 James Patterson's books have sold more than 300 million copies. He is the author of the Alex Cross novels, the most popular detective series of the past twenty-five years, including Kiss the Girls and Along Came a Spider. He writes full-time and lives in Florida with his family.

"James Patterson is king of the bestseller hill."—Publishers Weekly

"Patterson has mastered the art of writing page-turning bestsellers."—Chicago Sun-Times

"When it comes to construction a harrowing plot, author James Patterson can turn a screw all right."—New York Daily News