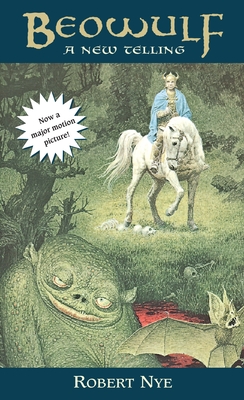 
Available to Order - Usually Arrives in Our Store in 4 to 7 Days
He comes out of the darkness, moving in on his  victims in deadly silence. When he leaves, a trail  of blood is all that remains. He is a monster,  Grendel, and all who know of him live in fear.

Hrothgar, the king of the Danes, knows something  must be done to stop Grendel. But who will guard  the great hall he has built, where so many men have  lost their lives to the monster while keeping  watch?

Only one man dares to stand up to  Grendel's fury --Beowulf.
Robert Nye (1939–2016) was a British poet, novelist, journalist, and critic whose books include Merlin, The Memoirs of Lord Byron, Mrs. Shakespeare, and the bestselling and award-winning Falstaff, which the Times called “one of the most ambitious and seductive novels of the decade.” His poetry has appeared in numerous publications such as The Atlantic Monthly, Encounter, and Listen.