Grey Griffins #1: The Revenge Of The Shadow King (Hardcover) 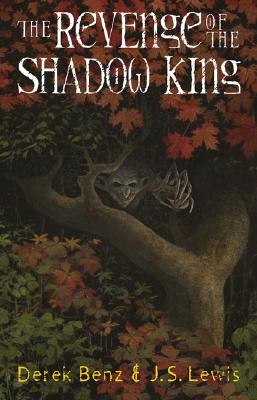 By Derek Benz, J. S. Lewis
Please email or write store for pricing and availability information.
Special Request - May Not Be Available

This irresistible first novel tells the story of four friends who find themselves caught up in the dangerous quest to save their town when the wicked creatures from their card game come to life.

"The Revenge of the Shadow King has all the ingredients that make for great fantasy.  I was hooked from the first page."  Jenny Nimmo,  author of the New York Times bestselling Charlie Bone books.

A collectible card game introduces Max and his friends to the battle against ancient evil in this undistinguished but entertaining series opener. Grandfatherly shopkeeper Iver has sold the four a rare card game in which they fight goblins, faeries and the powerful Shadow King. It's only a game at first, but soon their town of Avalon, Minn. is plagued with horrors. Max finds a magical book, real goblins attack and Iver vanishes. Along with spunky Natalia, poor Harley and cowardly Ernie, Max determines to defeat the Shadow King. Luckily, he's the one true heir to powerful magical ability, born to make a stand in the age-old fight against evil-perhaps in the Gothic temple in town, built by Templars 500 years before Europeans came to the New World. Constant danger and some humor keep this adventure moving despite clunky prose.  Not a bad option for fans of the genre. (Fantasy. 9-12) First printing of 50,000 (Kirkus Review)