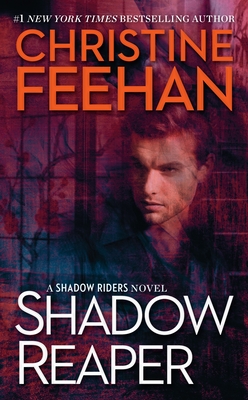 This is book number 2 in the A Shadow Riders Novel series.

Christine Feehan returns to her scorching-hot series starring a Chicago crime family that has built its empire in the shadows...

Billionaire playboy Ricco Ferraro knows no other life. Being a shadow rider is in his blood—but so is a haunting desperation stemming from the secrets of his dark past. His recklessness puts not only his life at risk, but also the future of his entire family. To save them all, he must find a woman who can meet his every desire with a heat all her own...

Just when Ricco has given up hope, he meets her—a mysterious woman whose shadow connects with his. She’s someone looking for a safe haven from the danger that has stalked her over the last several months. In Ricco’s embrace, she finds one. But the darkness in which they so often find sanctuary can also consume them...
Christine Feehan is the #1 New York Times bestselling author of the Carpathian series, the GhostWalker series, the Leopard series, the Shadow Riders series, and the Sea Haven novels, including the Drake Sisters series and the Sisters of the Heart series.
Praise for Christine Feehan and the Shadow Riders series

“I love everything she does.”—J. R. Ward

“A dark, gritty, edgy but magical contemporary that will hold you spellbound.”—Fresh Fiction

“The family that Feehan introduces to us is freakin’ AWESOME!! I loved each and every sibling.”—Addicted to Romance

“Edgy, inventive and steamy, this deliciously dark, often grim story featuring deadly and graceful characters who literally slip through the shadows is a standout for the creative Feehan and launches another well-conceived series.”—Library Journal