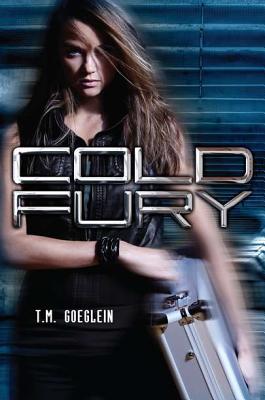 By T.M. Goeglein
Please email or write store for pricing and availability information.
Special Request - May Not Be Available

Jason Bourne meets The Sopranos in this breathtaking adventure

Sara Jane Rispoli is a normal sixteen-year-old coping with school and a budding romance--until her parents and brother are kidnapped and she discovers her family is deeply embedded in the Chicago Outfit (aka the mob).

Now on the run from a masked assassin, rogue cops and her turncoat uncle, Sara Jane is chased and attacked at every turn, fighting back with cold fury as she searches for her family. It's a quest that takes her through concealed doors and forgotten speakeasies--a city hiding in plain sight. Though armed with a .45 and 96K in cash, an old tattered notebook might be her best defense--hidden in its pages the secret to "ultimate power." It's why she's being pursued, why her family was taken, and could be the key to saving all of their lives.

T. M. Goeglein lives in Chicago, Illinois. This is his first book.