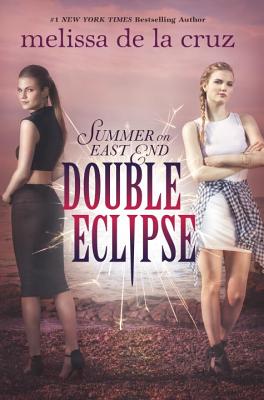 This is book number 2 in the Summer on East End series.

Twin witches Mardi and Molly Overbrook are back for another summer in North Hampton, and this year they’re serious about two things: avoiding trouble and dedicating themselves to rest and relaxation. Molly’s headed to Aunt Ingrid’s, while Mardi has convinced their father, Troy—a.k.a. Thor, the god of thunder—to let her crash with her boyfriend, Trent, who also happens to be Tyr, the god of war. It’s a tangled web they weave, but that’s to be expected where gods and goddesses are concerned.

Their vacation’s just begun when an old secret is revealed, leaving Molly and Mardi to question everything they’ve ever known about their family. Then a hot new guy comes to town and starts brewing even more trouble . . . and soon enough, the twins are back to their old tricks.

After an ancient prophecy comes to light, Molly and Mardi notice some mysterious changes, changes that will put their sisterhood to the ultimate test. East End’s shaping up to be much more exciting than the girls were bargaining for, but what’s a summer in the Hamptons without a little magic and mischief?
Melissa de la Cruz is the #1 New York Times, USA Today, Wall Street Journal, Los Angeles Times and Publishers Weekly internationally bestselling author of many critically acclaimed novels, including The Isle of the Lost: A Descendants Novel and Triple Moon: Summer on East End. Her Blue Bloods series has sold over three million copies, and her Witches of East End series became an hour-long television drama on the Lifetime network.

“Nudge the Summer on East End series toward Percy Jackson readers who wish it had a little of Cecily von Ziegesar’s Gossip Girl mixed in.”—Booklist

“A magical story featuring two opposite twin witches and their incredible journey through love, betrayal, wickedness, and trust.”—VOYA

“Reads like a cross between Gossip Girl and The Vampire Diaries.”—School Library Journal

“A bubbling cauldron of mystery and romance.”—People

“Witches of East End has all the ingredients you’d expect from one of Melissa’s bestselling YA novels—intrigue, mystery and plenty of romance.”—MTV.com