The Power of Imagination: The Neville Goddard Treasury (Paperback) 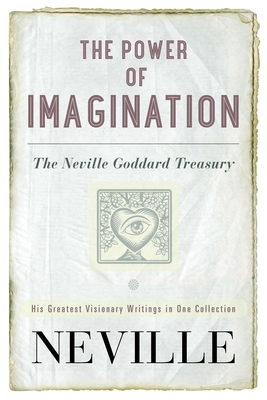 The Power of Imagination: The Neville Goddard Treasury (Paperback)


Available to Order - Usually Arrives in Our Store in 4 to 7 Days
An anthology of the greatest writings of modern mystic, Neville Goddard, who has enthralled a new generation of readers with his simple but radical principle that your imagination is God.

This broad-ranging anthology assembles the greatest works of Neville Goddard, who, writing under the sole name Neville, became one of the most quietly seismic spiritual philosophers of the modern age.

From the late 1930s until his death in 1972, Neville promulgated one basic, extraordinary idea, which he restated with freshness and verve in more than ten books and hundreds of lectures: The human imagination is the Jesus Christ of Scripture, and the world around you is the out-picturing of your emotionalized thoughts.

Here is an unparalleled journey into the ideas and methods of a profoundly practical spiritual thinker whose vision of life can challenge your concept of what it means to be human.

This volume features a rare personal portrait of Neville by journalist and philosopher Israel Regardie.

Includes these classic works:
Born to an English family in Barbados, Neville Goddard (1905-1972) moved to New York City at seventeen to study theater. In 1932, he abandoned his work as a dancer and actor to dedicate himself to a career as a metaphysical writer and lecturer. Neville influenced a wide range of spiritual thinkers, from Joseph Murphy to Carlos Castaneda.
"Neville may eventually be recognized as one of the world's great mystics." —Joseph Murphy, author of The Power of Your Subconscious Mind

“Neville may be the positive-thinking movement’s most radical and subtly influential voice.” —Mitch Horowitz, Time.com

"His work has impacted me in a very profound way; in fact, he's been a great mentor to me in the past few years." —Dr. Wayne Dyer in Wishes Fulfilled

"The words of spiritual teacher Neville Goddard retain their power to electrify... Neville captured the sheer logic of creative mind principles as perhaps no other figure of his era." —Science of Mind magazine