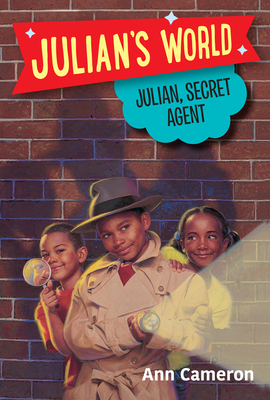 Bestselling classic The Stories Julian Tells is just the beginning! Get ready for more of Julian's wonderful family and imagination in the Julian's World chapter book series!

Secret agents Julian, Huey, and Gloria are already heroes. They have rescued a dog and saved a toddler from drowning. But what they really want is to nab a real-live bank robber. Just when it looks like they might catch the crook, the police chief steps in. The supersleuths find that they're the ones who are in trouble—with a capital T!

"The humor is effective and the action nonstop." —The Bulletin

"A quick and interesting read . . . the plot is well developed, and the characters are aptly drawn." —School Library Journal

"Julian, his younger brother, and their friend Gloria read the wanted posters in the post office and decide to search their town for criminals. The plot is well-developed, and the characters are aptly drawn. A quick and interesting read--and one that will surely draw in less-able readers."--School Library Journal.