How Can I Help?: Stories and Reflections on Service (Paperback) 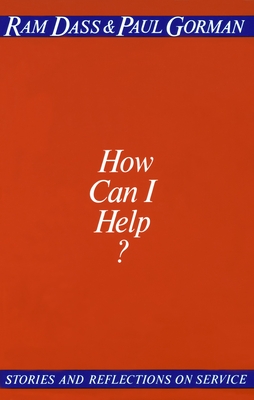 How Can I Help?: Stories and Reflections on Service (Paperback)


Warehouse Out of Stock
Discover how giving of yourself can lead to some of the most joyous moments in your life—in a book that “deserves a special place on that shelf reserved for truly practical wisdom" (Harold Kushner, author of When Bad Things Happen to Good People).

Not a day goes by without our being called upon to help one another--at home, at work, on the street, on the phone…. We do what we can. Yet so much comes up to complicate this natural response: "Will I have what it takes?" "How much is enough?" "How can I deal with suffering?" "And what really helps, anyway?"

In this practical helper's companion, the authors explore a path through these confusions, and provide support and inspiration for us in our efforts as members of the helping professions, as volunteers, as community activists, or simply as friends and family trying to meet each other's needs. Here too are deeply moving personal accounts: A housewife brings zoo animals to lift the spirits of nursing home residents; a nun tends the wounded on the first night of the Nicaraguan revolution; a police officer talks a desperate father out of leaping from a roof with his child; a nurse allows an infant to spend its last moments of life in her arms rather than on a hospital machine. From many such stories and the authors' reflections, we can find strength, clarity, and wisdom for those times when we are called on to care for one another.
RAM DASS, a.k.a. Richard Alpert, received his Ph.D. in psychology from Stanford University and has taught at Harvard, Stanford, and the University of California. In the 1960’s he was active in research on consciousness, with Timothy Leary, Aldous Huxley, Alan Watts, and others. In 1967 he continued his study of consciousness in India, where he was given the name Ram Dass (Servant of God) by his guru, Neem Karoli Baba. Since that time, through books, tapes, and lectures, he has contributed to the interrogation of Eastern spiritual philosophy into Western thought. In 1973 he founded Hanuman Foundation, which has nurtured projects designed to increase spiritual consciousness in the West. Among these have been the Prison-Ashram Project, the Dying Project and Dying Center, and meditation programs and retreats. In 1985 he became the Chairman of the Board of the Seva Foundation. His primary “yoga” or vehicle for realizing liberation is through service.

PAUL GORMAN was educated at Yale and Oxford. He has been a program producer and talk show host with WBAI-FM. Pacifica Radio, in New York City, since 1969. He has worked as staff assistant to a group of Democratic congressmen and as consultant for the Senate Foreign Relations Committee. He served as Eugene McCarthy’s press secretary and speechwriter in the 1968 presidential campaign, and has been an adviser to a number of public officials. He has taught at Sarah Lawrence College, The City University of New York, Adelphi University, Naropa Institute, and Omega Institute.

"A treasury of compassion, made all the more valuable by its many examples of how individuals can interact for the better with people and, indeed, the world around them." —Norman Cousins, author of Anantomy of an Illness

"How Can I Help? deserves a special place on that shelf reserved for truly practical wisdom." —Harold Kushner, author of When Bad Things Happen to Good People