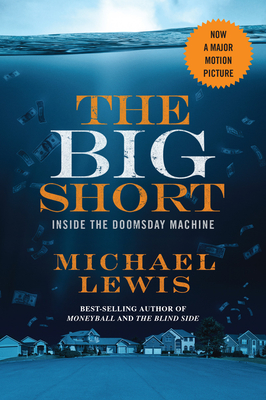 From the author of The Blind Side and Moneyball, The Big Short tells the story of four outsiders in the world of high-finance who predict the credit and housing bubble collapse before anyone else. The film adaptation by Adam McKay (Anchorman I and II, The Other Guys) features Academy Award® winners Christian Bale, Brad Pitt, Melissa Leo and Marisa Tomei; Academy Award® nominees Steve Carell and Ryan Gosling.

When the crash of the U.S. stock market became public knowledge in the fall of 2008, it was already old news. The real crash, the silent crash, had taken place over the previous year, in bizarre feeder markets where the sun doesn’t shine and the SEC doesn’t dare, or bother, to tread. Who understood the risk inherent in the assumption of ever-rising real estate prices, a risk compounded daily by the creation of those arcane, artificial securities loosely based on piles of doubtful mortgages? In this fitting sequel to Liar’s Poker, Michael Lewis answers that question in a narrative brimming with indignation and dark humor.

Michael Lewis is the best-selling author of Liar’s Poker, Moneyball, The Blind Side, The Big Short, The Undoing Project, and The Fifth Risk. He lives in Berkeley, California, with his wife and three children.

One of the best business books of the past two decades.
— Malcolm Gladwell - New York Times Book Review

No one writes with more narrative panache about money and finance than Mr. Lewis…[he] does a nimble job of using his subjects’ stories to explicate the greed, idiocies and hypocrisies of a system notably lacking in grown-up supervision.
— Michiko Kakutani - New York Times

Superb: Michael Lewis doing what he does best, illuminating the idiocy, madness and greed of modern finance…Lewis achieves what I previously imagined impossible: He makes subprime sexy all over again.
— Andrew Leonard - Salon.com