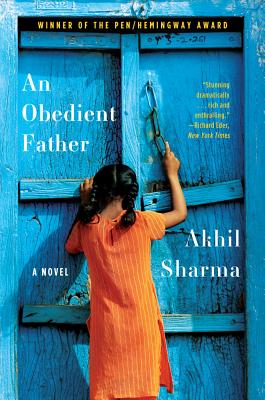 By Akhil Sharma
$14.95
Available to Order - Usually Arrives in Our Store in 4 to 7 Days

“A powerful debut novel that establishes Sharma as a supreme storyteller.”—Philadelphia Inquirer

Ram Karan, a corrupt official in New Delhi, lives with his widowed daughter and his little granddaughter. Bumbling, sad, ironic, Ram is also a man corroded by a terrible secret. Taking the reader down into a world of feuding families and politics, An Obedient Father is a work of rare sensibilities that presents a character as formulated, funny, and morally ambiguous as any of Dostoevsky’s antiheroes.

Akhil Sharma is the author of Family Life, a New York Times Best Book of the Year and the winner of the International DUBLIN Literary
Award and the Folio Prize. His writing has appeared in The New Yorker, The Atlantic, Best American Short Stories, and O. Henry Award Stories. A native of Delhi, he lives in New York City and teaches English at Rutgers University–Newark.

An uncompromising novel, a portrait of a country ravaged
by vendetta and graft.
— Hilary Mantel

Weaves the national into the personal without a trace of the didactic. What is more astonishing is his success in joining the amiably picaresque aspects of the corruption…with the ghastly evil of its underside.
— Richard Eder