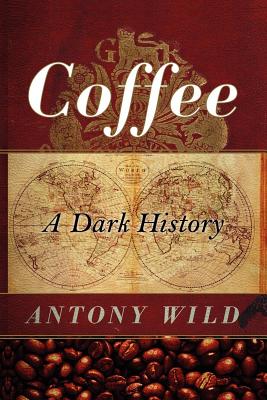 “Masterful and exhaustive . . . eye-opening lessons in economics, ethics, culture and science, resulting in a comprehensive overview of a commodity that is second only to oil in its importance to world trade.” —Worcester Evening News

Coffee trader and historian Antony Wild delivers a rollicking history of the most valuable legally traded commodity in the world after oil—an industry that employs 100 million people throughout the world. From obscure beginnings in east Africa in the fifteenth century as a stimulant in religious devotion, coffee became an imperial commodity, produced by poor tropical countries and consumed by rich temperate ones. Through the centuries, the influence of coffee on the rise of capitalism and its institutions has been enormous. Revolutions were once hatched in coffeehouses, commercial alliances were forged, secret societies were formed, and politics and art were endlessly debated. Today, while coffee chains spread like wildfire, coffee-producing countries are in crisis: with prices at a historic low, they are plagued by unprecedented unemployment, abandoned farms, enforced migration, and massive social disruption. Bridging the gap between coffee’s dismal colonial past and its perilous corporate present, Coffee reveals the shocking exploitation that has always lurked at the heart of the industry.