The Anglo Files: A Field Guide to the British (Paperback) 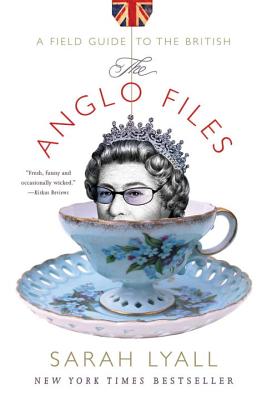 By Sarah Lyall
Please email or write store for pricing and availability information.
Out of Print

“Should be handed out . . . in the immigration line at Heathrow.” —Malcolm Gladwell

Sarah Lyall moved to London in the mid-1990s and soon became known for amusing and sharp dispatches on her adopted country. Confronted by the eccentricities of these island people (the English husband who never turned on the lights, the legislators who behaved like drunken frat boys, the hedgehog lovers), she set about trying to figure out the British. Part anthropological field study and part memoir, The Anglo Files has already received great acclaim and recognition for the astuteness, humor, and sensitivity with which the author wields her pen.

A witty, incisive collection of essays . . . on everything English.
— Elle