The Legacy of Conquest: The Unbroken Past of the American West (Paperback) 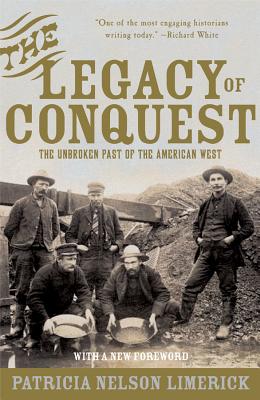 The Legacy of Conquest: The Unbroken Past of the American West (Paperback)

"Limerick is one of the most engaging historians writing today." --Richard White

The "settling" of the American West has been perceived throughout the world as a series of quaint, violent, and romantic adventures. But in fact, Patricia Nelson Limerick argues, the West has a history grounded primarily in economic reality; in hardheaded questions of profit, loss, competition, and consolidation. Here she interprets the stories and the characters in a new way: the trappers, traders, Indians, farmers, oilmen, cowboys, and sheriffs of the Old West "meant business" in more ways than one, and their descendents mean business today.

Patricia Nelson Limerick is a professor of history and chair of the Center of the American West at the University of Colorado at Boulder.