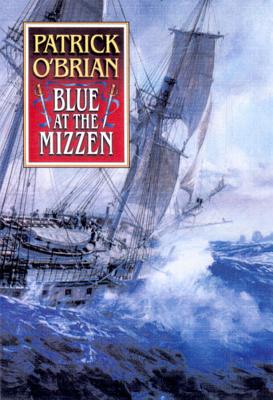 This is book number 20 in the Aubrey/Maturin Novels series.

"The old master has us again in the palm of his hand."—Los Angeles Times (a Best Book of 1999)

Napoleon has been defeated at Waterloo, and the ensuing peace brings with it both the desertion of nearly half of Captain Aubrey's crew and the sudden dimming of Aubrey's career prospects in a peacetime navy. When the Surprise is nearly sunk on her way to South America—where Aubrey and Stephen Maturin are to help Chile assert her independence from Spain—the delay occasioned by repairs reaps a harvest of strange consequences.

The South American expedition is a desperate affair; and in the end Jack's bold initiative to strike at the vastly superior Spanish fleet precipitates a spectacular naval action that will determine both Chile's fate and his own.

One of our greatest contemporary novelists, Patrick O’Brian is the author of the twenty volumes of the best-selling Aubrey/Maturin series, as well as many other books, including Testimonies, The Golden Ocean, The Unknown Shore, and biographies of Joseph Banks and Picasso.
O'Brian has presented his readers with a shining jewel...an intricate, multifaceted work.
— New York Times Book Review

Filled with exuberance and humor, and a writer's palpable delight at exercising his finest muscles. . . . At sea with a master.
— San Francisco Chronicle