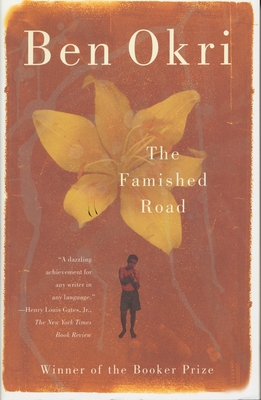 
Email or call for price. Handling fee may apply.
In the decade since it won the Booker Prize, Ben Okri's Famished Road has become a classic. Like Salman Rushdie's Midnight's Children or Gabriel Garcia Marquez's One Hundred Years of Solitude, it combines brilliant narrative technique with a fresh vision to create an essential work of world literature.

The narrator, Azaro, is an abiku, a spirit child, who in the Yoruba tradition of Nigeria exists between life and death. The life he foresees for himself and the tale he tells is full of sadness and tragedy, but inexplicably he is born with a smile on his face. Nearly called back to the land of the dead, he is resurrected. But in their efforts to save their child, Azaro's loving parents are made destitute. The tension between the land of the living, with its violence and political struggles, and the temptations of the carefree kingdom of the spirits propels this latter-day Lazarus's story.
Ben Okri's books have won several awards including the Commonwealth Writers' Prize for Africa, the Paris Review Aga Khan Prize for Fiction and the prestigious International Literary Prize Chianti Rufino-Antico Fattore 1993. The Famished Road won the Booker Prize in 1991. He was born in Minna, Nigeria.
"A dazzling achievement for any writer in any language."
--Henry Louis Gates, Jr., The New York Times Book Review

"A mesmerizing vision of modern Nigeria, seen through the eyes of a peculiarly sentient child…. The Famished Road is a quintessential African novel.”—The Philadelphia Inquirer

“A stunning work, suspenseful and haunting, the product of one of the lushest imaginations on record.”—The Plain Dealer

"A masterpiece if one ever existed."
--The Boston Globe