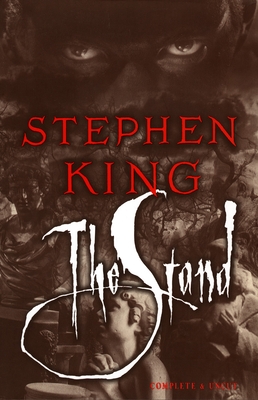 
Title unavailable, please email for information.
#1 BESTSELLER • Stephen King’s apocalyptic vision of a world blasted by plague and tangled in an elemental struggle between good and evil remains as riveting—and eerily plausible—as when it was first published.

A patient escapes from a biological testing facility, unknowingly carrying a deadly weapon: a mutated strain of super-flu that will wipe out 99 percent of the world’s population within a few weeks. Those who remain are scared, bewildered, and in need of a leader. Two emerge—Mother Abagail, the benevolent 108-year-old woman who urges them to build a peaceful community in Boulder, Colorado; and Randall Flagg, the nefarious “Dark Man,” who delights in chaos and violence. As the dark man and the peaceful woman gather power, the survivors will have to choose between them—and ultimately decide the fate of all humanity.
Stephen King is the author of more than fifty books, all of them worldwide bestsellers. Among his most recent are Full Dark, No Stars; Under the Dome; Just After Sunset; Duma Key; Lisey's Story; Cell; and the last three novels in the Dark Tower saga: Wolves of the Calla, Song of Susannah, and The Dark Tower. His acclaimed nonfiction book On Writing is also a bestseller. In 2003, he was awarded the National Book Foundation Medal for Distinguished Contribution to American Letters, and in 2007 he received the Grand Master Award from the Mystery Writers of America. He lives in Maine with his wife, novelist Tabitha King.

"As brilliant a dark dream as has ever been dreamed in this century."--Palm Beach Post