Sound of the Beast: The Complete Headbanging History of Heavy Metal (Paperback) 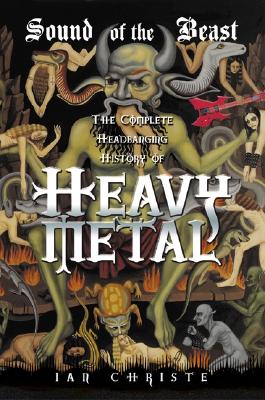 Sound of the Beast: The Complete Headbanging History of Heavy Metal (Paperback)

More than 30 years after Black Sabbath released the first complete heavy metal album, its founder, Ozzy Osbourne, is the star of The Osbournes, TV's favourite new reality show. Contrary to popular belief, headbangers and the music they love are more alive than ever. Yet there has never been a comprehensive book on the history of heavy metal - until now. Featuring interviews with members of the biggest bands in the genre, Sound of the Beast gives an overview of the past 30-plus years of heavy metal, delving into the personalities of those who created it. Everything is here, from the bootlegging beginnings of fans like Lars Ulrich (future founder of Metallica) to the sold-out stadiums and personal excesses of the biggest groups. From heavy metal's roots in the work of breakthrough groups such as Black Sabbath and Led Zeppelin to MTV hair metal, courtroom controversies, black metal murderers and Ozzfest, Sound of the Beast offers the final word on this elusive, extreme, and far-reaching form of music.

Ian Christe grew up in the metal strongholds of Switzerland, NewMexico, Indiana, Germany, and Washington. He moved to New York Cityin 1992, and has covered emerging technology and fringe culture forReuters, Wired, and Salon.com. His hundreds of articles on heavymetal have appeared in Spin, AP, CMJ, Metal Maniacs, and the Trouser Press Guide to '90s Rock and been cited by The New York Times.