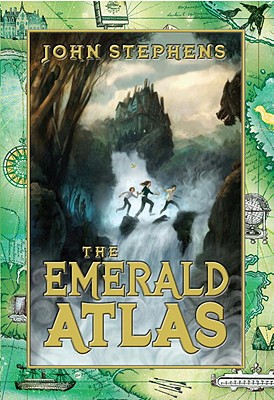 By John Stephens
Please email or write store for pricing and availability information.
Hard to Find

JOHN STEPHENS is also the author of The Fire Chronicle, the second installment in the Books of Beginning trilogy.  John received his MFA from the University of Virginia, and went on to write and produce television for ten years.  During this time, he read His Dark Materials by Philip Pullman and fell in love with fantasy for young readers.  He spent the next several years waking at 4 AM every morning to write The Emerald Atlas before heading to work for the day.
John lives in Los Angeles with his wife and son and their dog, Bug. Visit BooksofBeginning.com to find out more about The Emerald Atlas, the Books of Beginning, and John.