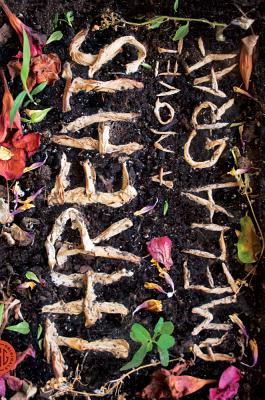 David's wife is dead. At least, he thinks she's dead. But he can't figure out what killed her or why she had to die, and his efforts to sort out what's happened have been interrupted by his discovery of a series of elaborate and escalating threats hidden in strange places around his home—one buried in the sugar bag, another carved into the side of his television. These disturbing threats may be the best clues to his wife's death:

CURL UP ON MY LAP. LET ME BRUSH YOUR HAIR WITH MY FINGERS. I AM SINGING YOU A LULLABY. I AM TESTING FOR STRUCTURAL WEAKNESS IN YOUR SKULL.

Detective Chico is also on the case, and is intent on asking David questions he doesn't know the answers to and introducing him to people who don't appear to have David's or his wife's best interests in mind. With no one to trust, David is forced to rely on his own memories and faculties—but they too are proving unreliable.

In THREATS, Amelia Gray builds a world that is bizarre yet familiar, violent yet tender. It is an electrifying story of love and loss that grabs you on the first page and never loosens its grip.

Amelia Gray is the author of several books, including AM/PM, Museum of the Weird, THREATS, and Gutshot. Her fiction and essays have appeared in The New Yorker, The New York Times, The Wall Street Journal, Tin House, and VICE. She has been a finalist for the PEN/Faulkner Award for Fiction and for the New York Public Library Young Lions Fiction Award, and is the winner of the FC2 Ronald Sukenick Innovative Fiction Contest. She lives in Los Angeles.

“Amelia Gray is a sharpshooter, precise and deadly. THREATS lures the reader with its poetic sensibilities and then subverts every expectation. Before long, there will be statues of Gray in various corners of the literary world.” —Emma Straub, author of Other People We Married

“Reading Amelia Gray is like a pyramid of rocks being built on a cloud. That's to say, it's something fantastical, dreamlike, playful, and very dangerous. You will be amazed at what this writer can do.” —Shane Jones, author of Light Boxes

“The first time I encountered Amelia Gray's fiction, it slugged me in the jaw. The second time too, and the third. Said jaw-slugging has ensued nearly every time I've read something of hers, except for when instead it whispered sad and surprising but undeniable truths about the difficulty of intimacy and sense in the wretched blastoscape of modern life. And then it made me a grilled cheese sandwich to prove that the world can be a kind place, and it waited until I had sated myself and wiped away the crumbs before slugging me in the jaw again.” —Doug Dorst, author of The Surf Guru and Alive in Necropolis