Mega-Events, City and Power (Routledge Studies in Urbanism and the City) (Paperback) 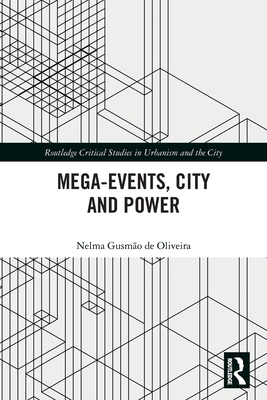 Mega-Events, City and Power (Routledge Studies in Urbanism and the City) (Paperback)

It adopts Bourdieu's concept of field to explore the interests and disputes involved in the production of sports mega-events across different times and spaces and the role of host cities in these processes. It aims to identify the bases that give these spectacles the power to produce disruptions in the social fabric of the host cities and countries, and to enable the production of authoritarian forms of exercising power. By observing the historical constitution of the field of production of sport spectacle as an autonomous field, this book explores how sport mega-events create both an arena and a context for radical expressions of authoritarianism of neoliberal planning models.

It will be of interest to students, scholars and professionals in architecture and urban studies, urban planning, municipal governance, sport and leisure studies, and those interested in the relationship between State and capital in the production of urban space.