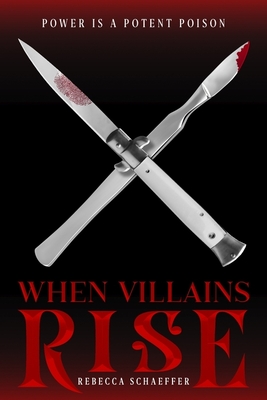 This is book number 3 in the Market of Monsters series.

Dexter meets Victoria Schwab in this dark and compelling fantasy about a girl who is determined to take down the black market once and for all in the conclusion to the trilogy that started with the critically acclaimed Not Even Bones.

Nita finally has Fabricio, the boy who betrayed her to the black market, within her grasp. But when proof that Kovit’s a zannie—a monster who eats pain in order to survive—is leaked to the world, Nita must reevalute her plans.

With enemies closing in on all sides, the only way out is for Nita and Kovit to take on the most dangerous man in the world: Fabricio’s father. He protects the secrets of the monsters who run the black market. Stealing those secrets could be the one thing that stands between Nita and Kovit and certain death in the thrilling conclusion to the trilogy that began with the critically acclaimed Not Even Bones.

Rebecca Schaeffer is the critically acclaimed author of Not Even Bones, Only Ashes Remain, and When Villains Rise. The Webtoon adaptation of the trilogy has garnered over a hundred million reads and nearly 2 million subscribers. Her next book, City of Nightmares, comes out in 2023.

"Schaeffer’s finale to her compellingly dark Market of Monsters trilogy is everything fans could hope for: violent, philosophical, suspenseful, and satisfying....Schaeffer has a lot of plot lines to settle in this volume, yet she keeps the story tight and doesn’t sacrifice her characters’ emotional growth....While this is a fitting conclusion, more books in this world would be welcome." —Booklist   "Villains rise and shine in this final entry in the Market of Monsters trilogy....Although the novel never crosses a line into sugarcoating their inexcusable choices, it does show sympathy for its devils as it sails into a grand finale full of twists and turns...A dark, compelling ending to an uncomfortable, morally gray series." —Kirkus  Praise for Only Ashes Remain:   "A gory, thought-provoking sequel mixing Dexter and John Wick and not for the faint-hearted." —Kirkus   "[A]n unapologetically dark, morally messy thriller of survival, with an ambitious plot....A fascinating addition to a thought-provoking series." —Booklist —