Strangers from a Different Shore: A History of Asian Americans Au of... (Paperback) 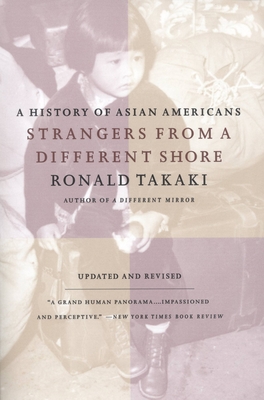 Strangers from a Different Shore: A History of Asian Americans Au of... (Paperback)


Available to Order - Usually Arrives in Our Store in 4 to 7 Days
A powerful and moving history of Asian Americans that spans centuries, from the acclaimed author of A Different Mirror.

In an extraordinary blend of narrative history, personal recollection, and oral testimony, the author presents a sweeping history of Asian Americans. He writes of the Chinese who laid tracks for the transcontinental railroad, of plantation laborers in the canefields of Hawaii, of "picture brides" marrying strangers in the hope of becoming part of the American dream. He tells stories of Japanese Americans behind the barbed wire of U.S. internment camps during World War II, Hmong refugees tragically unable to adjust to Wisconsin's alien climate and culture, and Asian American students stigmatized by the stereotype of the "model minority."

This is a powerful and moving work that will resonate for all Americans, who together make up a nation of immigrants from other shores.
Ronald Takaki (1939-2009) established the Ethnic Studies Ph.D. program at the University of California, Berkeley, where he taught for thirty years. He was the author of six books, including A Different Mirror: A History of Multicultural America and Double Victory: A Multicultural History of America in World War II.