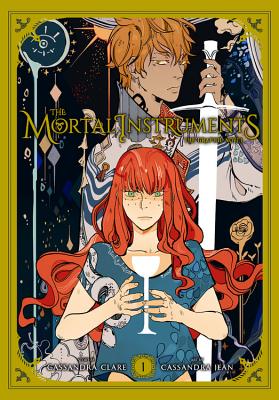 
Available to Order - Usually Arrives in Our Store in 4 to 7 Days
The first installment of Cassandra Clare's bestselling urban fantasy series, The Mortal Instruments, is adapted into a graphic novel series!
Hanging out with her best friend, Simon, is just about the most exciting thing in Clary's life...that is, until she realizes there are people only she can see. But when her mother disappears and a monster attacks her, Clary has to embrace a world that she never even knew existed--a world full of vampires, werewolves, demons, and those who fight for the humans, Shadowhunters...
Cassandra Clare vaulted onto the publishing scene with her first YA novel, City of Bones, and has published three other bestselling novels in The Mortal Instruments series. First published in August of 2010, Clockwork Angel marked the first installment of Cassandra's The Infernal Devices trilogy and debuted at #1 on the New York Times list.

Cassandra Jean is a freelance illustrator and comic artist who spends her days toiling with a pen in her hand, and her faithful dog sleeping at her feet. The radio is always on and Gatorade is a constant source of power!