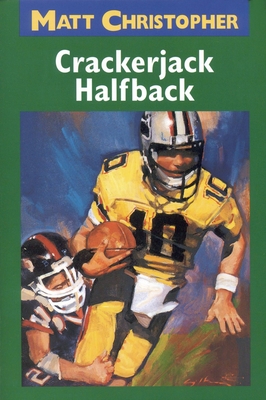 This is book number 50 in the Matt Christopher Sports Classics series.

Freddie Chase is a good football player with one major flaw: He's afraid to tackle. He tries hard to cover up his fear, but soon Coach Sears and the other Sandpipers know all about it. The team is fighting to finish the season at the top of the league, but how can they hope to succeed when one of their players lets the opposition run right by him? Coach Sears has no choice but to take Freddie out of the lineup. Now it's up to Freddie to earn his way back onto the starting team. But can he overcome his fear?
Matt Christopher is the best selling name behind more than 100 sports-themed books for young readers.