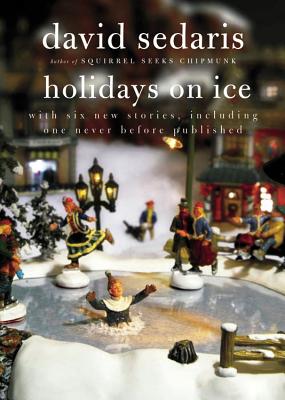 By David Sedaris
List Price: $13.99
Our Price: $12.99
(Save: $1.00 7%)
On Our Shelves Now
David Sedaris's beloved holiday collection is new again with six more pieces, including a never before published story. Along with such favoritesas the diaries of a Macy's elf and the annals of two very competitive families, are Sedaris's tales of tardy trick-or-treaters ("Us and Them"); the difficulties of explaining the Easter Bunny to the French ("Jesus Shaves"); what to do when you've been locked out in a snowstorm ("Let It Snow"); the puzzling Christmas traditions of other nations ("Six to Eight Black Men"); what Halloween at the medical examiner's looks like ("The Monster Mash"); and a barnyard secret Santa scheme gone awry ("Cow and Turkey").

No matter what your favorite holiday, you won't want to miss celebrating it with the author who has been called "one of the funniest writers alive" (Economist).
David Sedaris is a regular contributor to The New Yorker and Public Radio International's "This American Life." He is the author of the books When You Are Engulfed in Flames, Dress Your Family in Corduroy and Denim, Me Talk Pretty One Day, Naked, and Barrel Fever.

"A joy to read....Sedaris is a connoisseur of human nature at its worst."
-Boston Globe

"Sedaris is certainly worthy of hero worship....He is a master pathfinder."
-Charlotte Observer

"A writer comparable to Mark Twain or James Thurber. You have to go back a ways to find someone to compare David Sedaris with; his talent is so huge it just doesn't come around that often."
-Raleigh News & Observer